theater district during the 1920’s, a boom time when prohibition, Camp Lewis and a reputation for entertainment created a magnet for downtown Tacoma. Here’s a daytime view looking north from Broadway and 13th in April 1926 into the heart of the theater district. At the time Tacoma had 25 movie theaters and even more live and vaudeville venues. John Hamrick, a colorful impresario who supposedly took the name from a Shubert operetta he attended in London, used it on his theaters in Seattle, Portland, Corvallis, Astoria and several smaller cities.

Since he renamed the downtown Tacoma theater the Blue Mouse (formerly the Apollo) his smaller house in the Proctor district was dubbed the Blue Mouse Junior. In Tacoma, the 650 seat Blue Mouse showed the first talkie in the city, Al Jolson’s notorious “The Jazz Singer”.

The big Blue Mouse marked the south end of Tacoma’s theater district tucked into a busy block full of retail stores and hotels. It is estimated that more than half of Tacoma’s population went to the movies more than once a week in the late 1930’s and 40’s keeping mid size double feature movie houses like the Blue Mouse in operation every night with matinees on the week ends.

All of Hamrick’s Blue Mice are gone now, lost to urban renewal, the television and multiplexes- all, that is except for the Blue Mouse Jr. in Tacoma’s Proctor district still illuminated the silver screen since 1923. The last of the mighty Blue Mice. 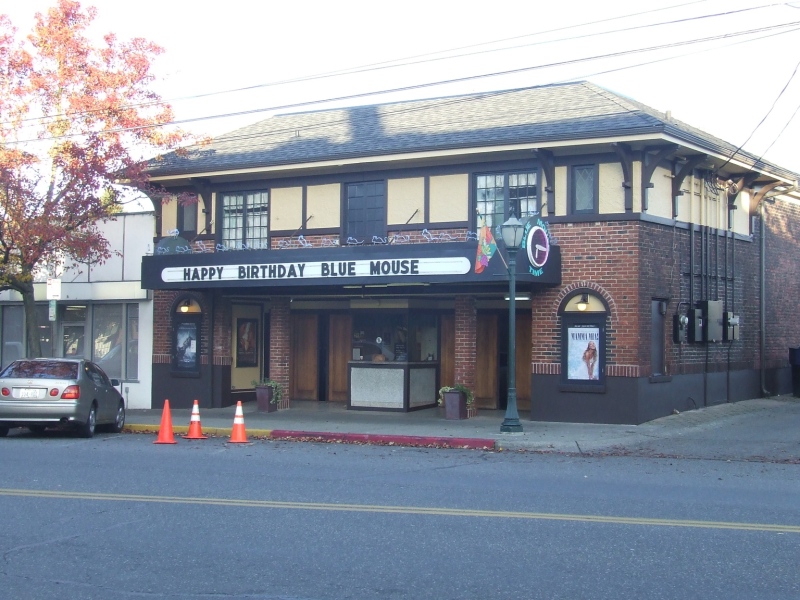