Baseball and newspapers once went together seamlessly and in Tacoma before big screen televisions it was the custom for fans to watch the World Series on a scoreboard above the newspaper’s headquarters with radio commentary blasting out over loudspeakers. Here’s a gathering on Sunday October 5th for the fourth game of the 1930 World Series between the Philadelphia Athletics and the St. Louis Cardinals.

The A’s score on a single by Al Simmons scoring Max Bishop in the first to take the lead 1-0.

Tacoma’s major newspapers all merged in 1918 when Frank Baker bought the News and Ledger from Sam Perkins and later moved them from the Perkins Building into the Tribune’s August Darmer designed building at 6th and St. Helens. The Triangle District today became Tacoma’s Times Square and when October came around in the 20’s and 30’s the streetscape in front of the YMCA building filled with World Series fans.

Cardinals even the score in the third inning when Jesse Haines drives in Charlie Gelbert from third with a single off pitcher Lefty Grove. 1-1.

Most likely there were fans in this picture that were sitting in Stadium Bowl six years earlier on a crisp October 18th, 1924. Babe Ruth was playing first base for the Tacoma All-Stars in an exhibition game in front of 10,000 spectators. One of Tacoma’s greatest sports myths was born that day when the Sultan of Swat supposedly won the game on a bases loaded home run that landed in Commencement Bay. He did hit a ball out of the stadium in batting practice but actually there was a bigger spectacle in the sky over Tacoma that Saturday afternoon.

Two out in the fourth for the Cardinals. Ray Blades hits a bullet to Jimmy Dykes playing third base. His throw is over the head of the first baseman and Chick Hafely scores from second, then Charlie Gelbert drives in Blades to give the home team a 3-1 lead.

Competing against the Babe for a crowd that day was the USS Shenandoah, a helium filled dirigible twice the length of the field at Stadium Bowl. It was an airship with mythic qualities all its own, launched in 1923 and broken apart in a thunderstorm just two years later. Its Tacoma landing was attended by 40,000 people and that afternoon it was gliding over the downtown as Babe stepped up to the plate one last time with the bases loaded…

Haines’ knuckleballs prove unhittable for the rest of the game and the Tacoma favorite Cardinals go on to win, but the Athletics’ manager Connie Mack brings his team back to take the next two games and win the World Series in 1930.

And with light fading on that Saturday afternoon in 1924 Babe Ruth connected on a fastball from right hander Tommy Lukanovic of the Aberdeen Timber League. Some say it was caught in right field and others say it just hung in the air and disappeared as it soared out of the stadium. Lighter than air. 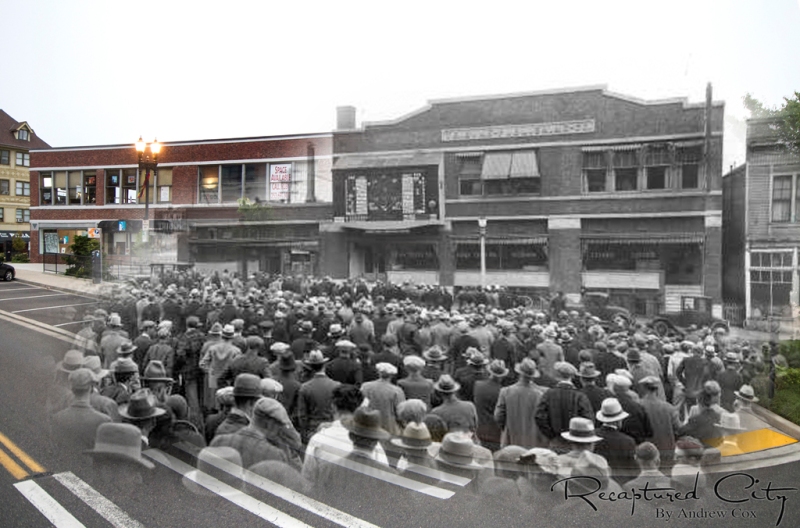 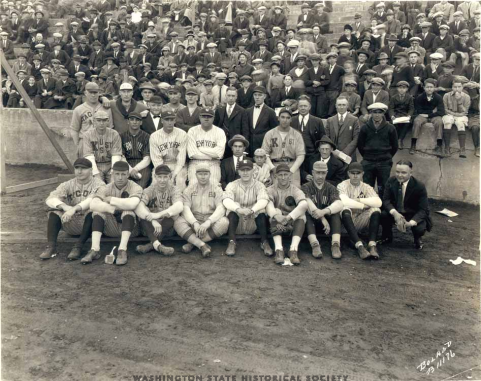