A good case could be made that the quirkiest, ingenious celebrity millionaire in Tacoma history was Ray Gamble. Ray’s life story defies a short telling and his adventures and acquaintances do indeed seem magical. As a young inquisitive inventor, Ray figured out a way to convert sawdust into a cellulose buffer and accelerant for explosives-just before World War One(another version he told was that the secret was given to him by an old Chinese Firecracker Man from railroad days, but that’s another long story). He sold the patent to DuPont and then made millions moving waste sawdust from mills to the DuPont explosive manufacturing plant next to Camp Lewis. From then on Ray indulged his prestidigitational interests and passion for pint-sized pachyderms along with a collectors eye for architectural illumination and ceramics. Put another way, Mr. Gamble was into magic, elephants, neon and art tile-things he gladly put on public display at local theaters, exhibitions and his remarkable home on 30th Street known as the Elephant House. And most stunning of all was his, right-before-your-eyes transformation of the Lincoln Apartments at 2nd and Yakima into the astonishing Casablanca. There are simply too many directions to go with Ray’s story, his friendships and hosting of Mr. and Mrs Harry Houdini, Edgar Bergen, Will Rogers, Orson Wells at the Elephant House, the invisible Hollywood junkets with the foremost magicians in the world, exotic gemstone auctions and the black market bargaining for priceless carved artworks and security clearance and nighttime visits to the mysterious Manhattan Project works at Handford during the Second World War. Ray was not a trickster, he often said, he was an illusionist. I’ll make some of his stories appear in posts to come but here are some images of Ray’s magical world. Watch closely! 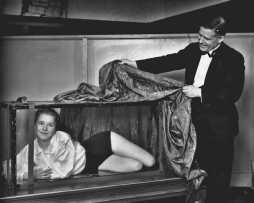 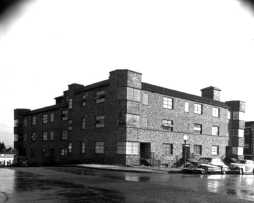