On the winter evening of November 27, 1940 Elsie Buchli pulled a gun on the ticket girl in the box office of the Riviera Theater on Pacific Avenue. It was a Wednesday at the end of a slow movie run and there was only $13 in the til. Elsie got about three block away on foot when a  Tacoma policeman strolled up to her with the theater manager in tow and arrested her for armed robbery. She soon found herself in the Tacoma City Jail.

The next day, the duty officer at City Hall was astonished when Elsie appeared on the sidewalk outside and then walked right into the building in front of him. In fact, it was Elsie’s identical twin sister, Dorothy and after a tearful reunion to two 21 year olds appeared before a judge with an explanation.

First and foremost, it was a toy gun and Elsie was fraught with desperation when she walked up under the brightly lit marquee of the Mission style playhouse. Like a sidewalk melodrama, Elsie described how she had left her hometown of Corvallis, where she taught grade school, to see her soldier boyfriend one last time before he was sent off to a remote corner of Alaska. Heartbroken after their last farewell, Elsie, alone and penniless, made up her mind to get the money for boat fare to Alaska anyway she could and follow her broken heart. The whole overwrought drama pretty much required that it be a theater that she rob for the money.

The sensational, sentimentalized episode made the front page of the Tacoma Times for two days as the court deliberated Elsie’s penalty, her pensive twin sister did interviews with the press and the headlines  named her the “love bandit”.  Finally she pleaded guilty to a lesser charge of Grand Larceny, the judge gave her 20 years and then suspended the sentence on the condition that she go home with her sister and stay there. Justice was done.

Meanwhile at the scene of the crime ten years later, the Riviera Theater was stripped of its exotic Italian Renaissance sandstone facade. The bright lights and neon of the marquee went dark and the Riviera closed as television and drive in movies robbed the box office just like Elsie did. In 1968 The Riviera was demolished along with the rest of the block to build the Brutalist North Parking Garage, banditry of a more serious kind. 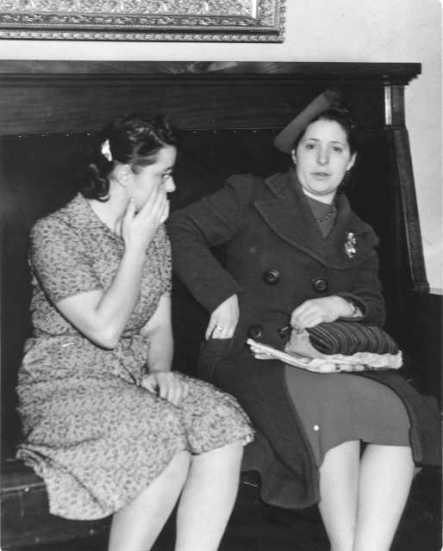 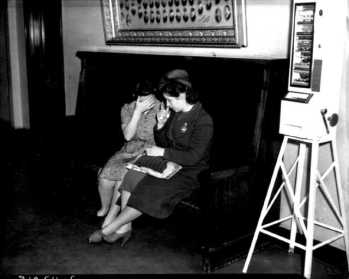 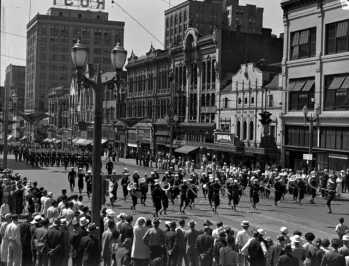 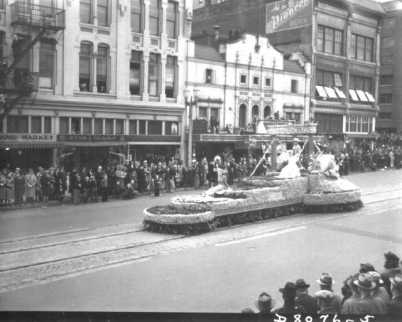 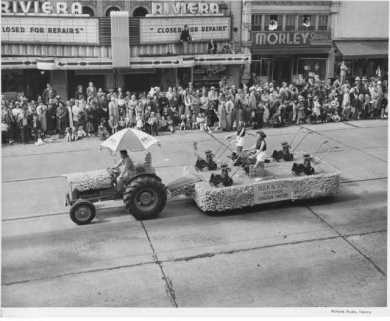 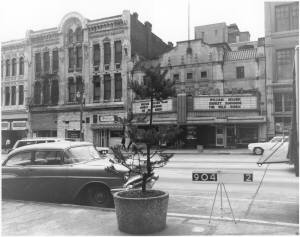 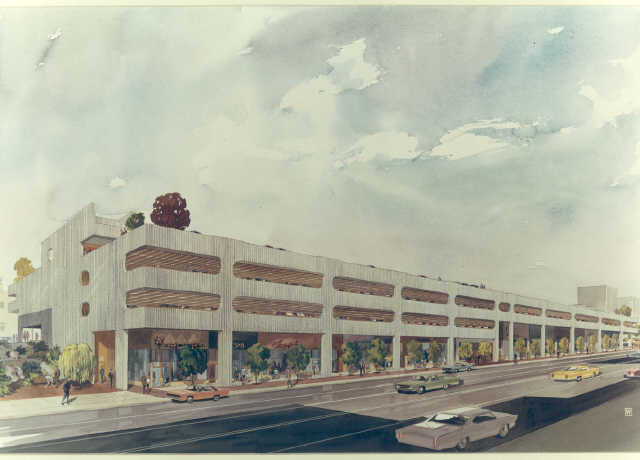