Nelson Bennett built railroads, tunnels, zoos, Tacoma’s streetcar system, a tramway in the Klondike and most of the town of Fairhaven on Bellingham’s south side. Lottie Wells Bennett, his wife, was the first person to pass under the Cascades when she fearlessly squeezed thru the opening between the east and west crews digging the Stampede tunnel for the transcontinental Northern Pacific railroad. The Stampede Pass tunnel was a crowning achievement for Nelson, his brother and the deep woods engineer, Virgil Bogue. Over a two year long struggle that involved hundreds of diggers and tons of dynamite, they punched the final hole in a nearly two mile long tunnel under the Cascades in May 1888.  About that time, the Bennett’s built this grand Victorian Queen Anne residence on Broadway just north of the University Club and the future site of the Elks Temple and Spanish Steps. The house went down in the 1950’s along with many of the great homes along Broadway’s mansion row and today just about the only thing we have left of Tacoma’s golden age builder is the Nelson Bennett Tunnel under Pt. Defiance Park. Some writer’s even give him credit for building the park.

And just down the street from the Bennett’s was the Blackwell Mansion at 4th and Broadway next to the YWCA. Murrary Morgan first introduced me to the wonderful story of Mrs. Blackwell and her husband William, a young couple who came to Tacoma with the arrival of the Northern Pacific Railroad. They built the first modern hotel and together created a sense of hospitality and style on Puget Sound. For some reason I have always connected John Singer Sargent’s painting Madame X at the Met with the young Mrs. Blackwell. In later life they built the mansion overlooking the old NP dock where their pioneer hotel, The Blackwell House was located, and Mrs Blackwell became the grand dame of Tacoma’s literary and adventure seeking community. She hosted dinners for arctic explorers, sea captains and visiting writer like Rudyard Kipling and Mark Twain. We don’t have any good photos of her in her wild youth, just portraits later in life that still suggest a profound beauty and intelligence. Tacoma’s Madame X. 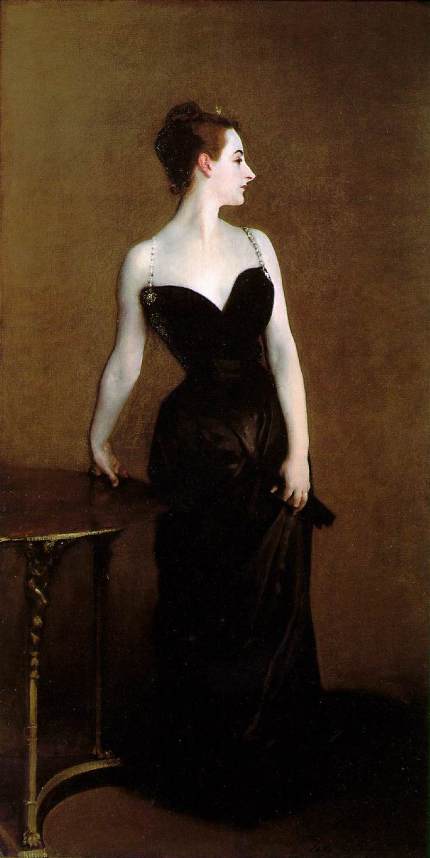 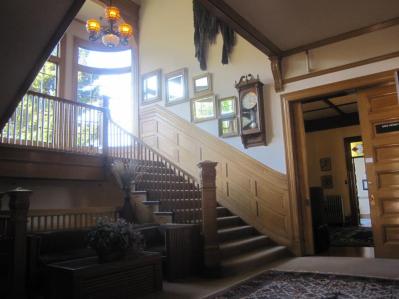 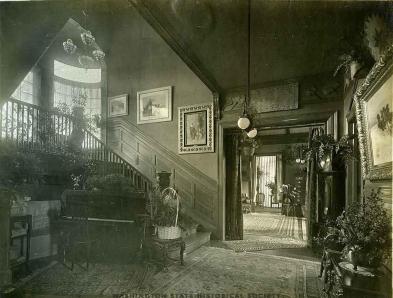 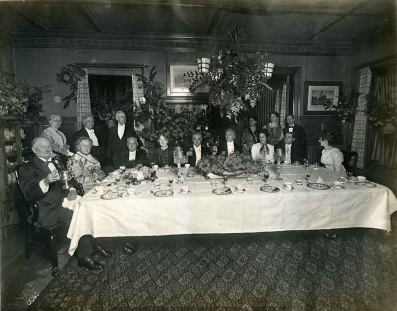 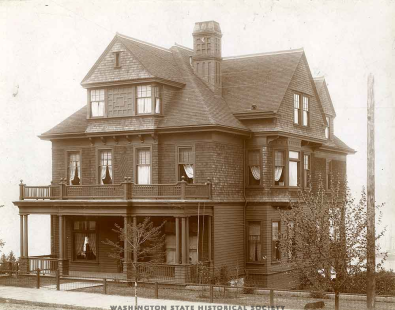 Eventually William B Blackwell closed the frontier era Blackwell House and ascended to the lofty position of Hotel Manager for the legendary and monumental Tacoma Hotel where presidents, celebrities, kings and queens were hosted. Bennett’s tunnel brought prosperity directly into the city during the Victorian era and the Tacoma Hotel was where it stayed. Here’s an amazing panorama of Blackwell and the staff of the Tacoma Hotel in 1905.