The St. Paul and Tacoma sawmill considered itself the largest timber cutter in the world. At one time the lumber company bought 80,000 acres of ancient forest in a single deal and then spent a decade continually cutting it on the middle of the mudflats of Commencement Bay. In the awesome size and fierce steam power of its serpentine sawblades and the immense scale and dense hardness of the Douglas Fir trees it cut there was no match anywhere on the globe at the end of the 19th Century. It was the meat grinder of the deep woods.

In the minds of the thousands of workers at the mill during the steam age, the glory days of the company ended when the mill began producing pulp-the fibrous wood product used in papermaking. The cheap, almost incidental byproduct of the heroic “big saw” lumber operation found its own eager markets as America became literate and books, newspapers and magazines appeared on every street corner, in every mailbox and in every market and barber shop. By the 1920’s, it was common to see a SP&T millworker devouring his lunch and a newspaper or pulp fiction magazine story at the same time and then join his coworkers for a beer after work and complain that pulp was taking food right out of his family’s mouth.

Indeed the gold coin paydays of the big mill disappeared between the world wars. Millworkers and waterfront stevedores got a smaller take from the smaller timber coming into the St. Paul and Tacoma mill and almost nothing from the cheap pulp going out. As the Depression of the 1930’s arrived in the seaport city of Tacoma, there was growing cynicism about class structure, workplace conditions and concealed exploitation.

Tacoma’s frontier days were past but there was still an anti-hero cowboy western theme playing in the background. The big bosses seemed to disappear into the big offices in the big buildings downtown while gun toting Pinkerton detectives and late night thugs took care of the working waterfront. The whole city seemed to descend into a shadow world as a culture of prohibition and political corruption became both fact and fiction in Tacoma. It was all so dark and garish and dangerous and inescapably spellbinding. Somebody should write about it. And somebody did.

A young Tacoman fell out of a fishing boat on Hood’s Canal and barely made it to shore alive where he had a heart attack. Like another pulp writer who narrowly survived a serious health problem and took up writing, Dashiell Hammett (see other stories), the young man was Alfred Gehri and he had stories to tell as we shall see. 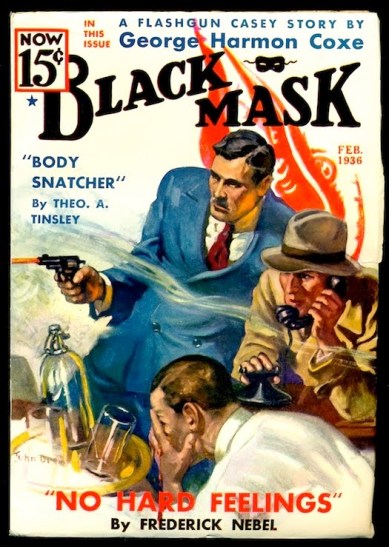 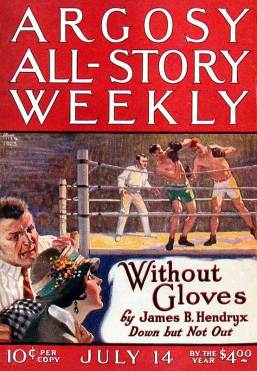 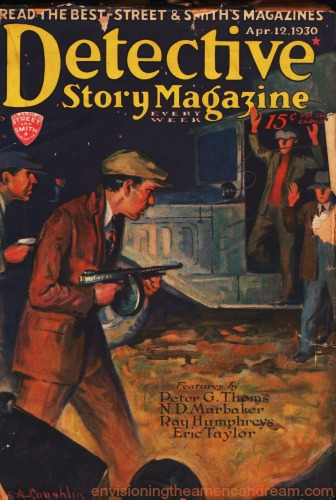