I am making up absolutely none of the biographical information you are going to read about the astonishing life of Captain Edmund Clarence Weaver, pictured here in his Tacoma home a few weeks before his 100th birthday on August 27, 1938. His life is like Tacoma’s Jungle Book except its true.

Born in Minneapolis, young Ed Weaver left home at 13 working his way down river, finding jobs on the waterfronts and river boats of the Mississippi and even trying his hand at prize fighting. With the Civil War looming he signed on with the Pony Express at St. Joseph Missouri carrying mail by horseback through Wyoming on its way to the gold fields of California. Just after the Civil War he had the misfortune of being in a train wreck where he lost his right arm at the shoulder (Ed also lost a finger on his remaining left arm somewhere along the way).

So Weaver decided to head for a life at sea. On his way to becoming a sea captain he shipped on to voyages to every continent and scores of countries and ports around the world, mostly under sail. Along the way, he drifted into adventures as a navigator on several exploring expeditions both by land and sea and hired on to less dignified campaigns as what was once called a soldier of fortune. On one of his African adventures he met the American journalist Henry Morton Stanley who was searching for the source of the Nile River and the famous but lost British explorer Dr. David Livingstone. Weaver met him too.

Through the Victorian era and into the 20th Century Captain Weaver sailed the world until finally retiring into a comfortable home in a favorite port city Tacoma. Sitting in his East Side Drive house, surrounded by his books and artifacts from around the world, he captivated guests with tales of the unmapped places he had visited and the exotic people he knew. Something about traveling across Equatorial Africa with Alfred Aloysius “Trader” Horn in search of ivory that made for a very good adventure story and the fact that it was true made it completely spellbinding.

On his 100th birthday Captain Weaver assured his guests that he was good for another  50 years. Less than thee weeks later, standing on the street corner near his house he misjudged the direction of an oncoming bus in a moment of confusion. Captain Edmund Clarence Weaver was killed instantly on September 15, 1938. 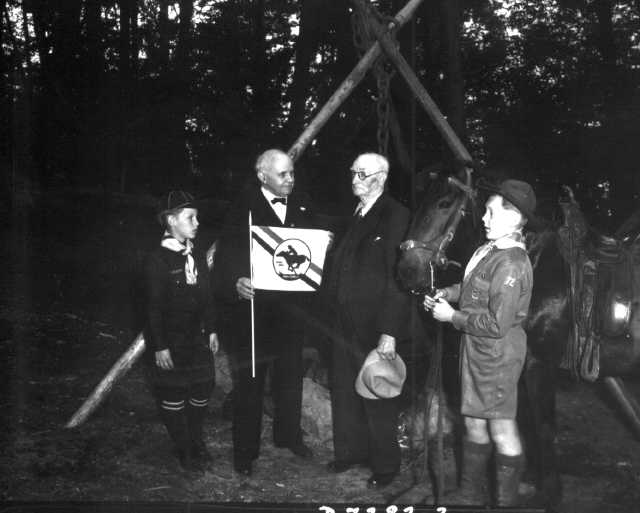