Hard to imagine that one of the most anonymous buildings in the downtown was once a tony mahogany and leather style hotel with a fireplace lit wicker bar and moody smoking room. The Merit Hotel at 11th and Market Street opened in 1915 with 70 rooms and a woody paneled lobby decorated with paintings of The Mountain, deep carpets and bonsai trees. During the era of the First World War and after, the Merit was just across the street from the Crystal Public Market next to Rhodes Department Store and the downtown shopping district. The building was ringed in stylish retail shops selling fur coats, women’s fashions, haberdashery, and for a place to be seen, an ice cream parlor.

It was November 1934 when Aaron Robbins bought and converted a storefront dairy on the back alley into the Olympic Dairy Store & Ice Cream Parlor just across 11th from the Crystal Market. It made quite an impression on his teen age son who was working as young soda jerk when not yelling as a cheer leader at Stadium High School. His name was Irvine Robbins and even though the Olympic Ice Cream Parlor faded with the public markets when the Japanese American grocers were interned in 1942 and wartime rationing cut off retail food supplies. Irv went into the Army and then opened his own Ice Cream parlor in Glendale California after the war using money from a cashed in insurance policy he was given at his Tacoma Bar Mitzvah. He went on to devise 29 flavors in addition to vanilla and chocolate and made himself and partner Burt Baskin a fortune in franchised ice cream shops. Way before Ben and Jerry, 31 Flavors became the world’s largest chain of ice cream specialty stores and the story goes that it all began there on Court C in Tacoma. 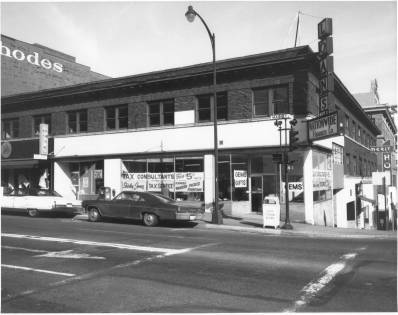 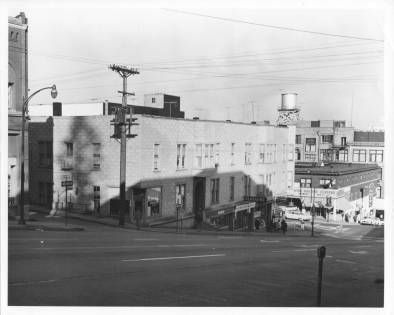 Today the block is a study in hiding in plain sight, stripped of its cornice, storefronts, signs and activity. The busy markets across 11th are just a hole in the ground where cars park, the Butter Store and Van de Kamp’s bakery above Market Street is another parking lot. The Merit Hotel was an anchor for the busy streetscape described in the Market Street Ghost post from November 29th. Like Mountain Bars and Almond Roca, part of Tacoma’s sweet past.