for shore leave from his British register three masted windjammer, the Gwydyr Castle. The days of sailing ships were coming to an end, and young Anton Fischer was landing on American ground for the first time. He had a good memory for visual details and some 45 years later he would recall the busy seaport of Tacoma, the waterfront characters he met and the places he haunted in an autobiography called Focs’le Days. Its entirely possible, even probable, that during his weeks on the Tacoma waterfront he walked right past Thea Foss, who with her husband Arthur and their four children were living in a houseboat on the central waterfront surrounded by ships and masts.

During the stay in Tacoma, a photographer (who may have been Wilhelm Hester) was on

board creating a group portrait of the captain and crew. He noticed the fine pencil drawings Fischer had made and given to the crew and offered him work as a shoreside artist. The young seaman turned him down, feeling obligated to the ship and a two year voyage but he didn’t forget the opportunity and the seaport of Tacoma.

Anton sailed on to Peru and then to New York where he began to think about leaving the sea to follow a gift he had for drawing. He ended up studying art in Paris and by 1910 was back in America becoming well known for his paintings and illustrations, particularly sea subjects. With the exception of service in the U.S. Coast Guard during the first World War Anton Otto Fischer worked for the next half century painting, illustrating books and producing images for America’s most important magazines, including the Saturday Evening Post where he created hundreds of water colors, illustrations and covers. By the late 1920’s he was one of the best known maritime artists in America. 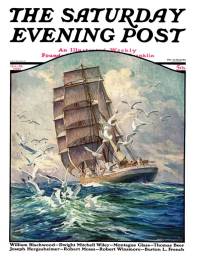 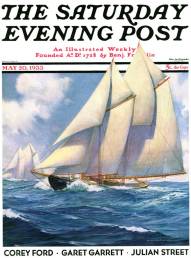 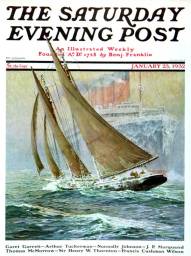 It was quite natural then, that when the Post began publishing a new series of stories in the early 1930’s set on the waterfront in Puget Sound, Fischer was asked to create the illustrations. The writer Norman Reilly Raine had created a character named Tugboat Annie based on the colorful life of his good friend Weddell Foss’ mother, Thea. The Saturday Evening Post stories about her rugged seagoing adventures became part of American culture during the great depression and Tugboat Annie became an icon of strong, resourceful women during challenging times. Eventually, Tugboat Annie would appear in the movies and on television but the first time most people saw her was on the pages of the Post as imagined by Anton Otto Fischer.

So back to that shore leave in 1902, when young Anton walked along the Tacoma waterfront past the floating Foss family houseboat. 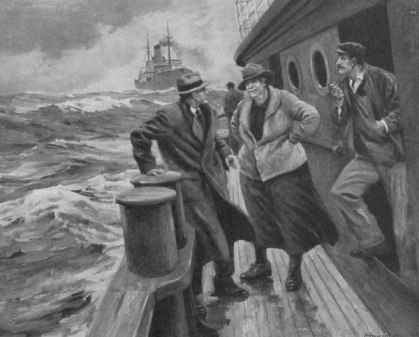 It was indeed Thea Foss that inspired the written character of Tugboat Annie in the mind of Norman Reilly Raine and it was that fictional character that Anton Otto Fischer brought to life in his Saturday Evening Post illustrations. But it is wonderful to imagine that some 30 years before the artist may have been within haling, distance of the  real life person. They were like ships passing in the night. 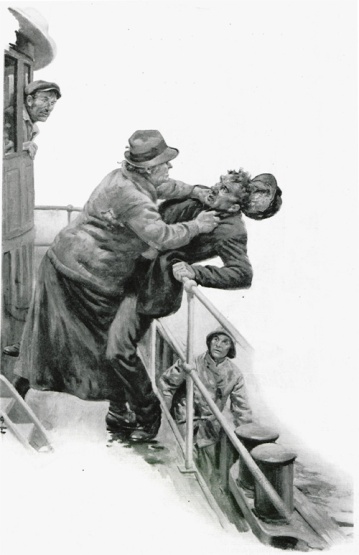 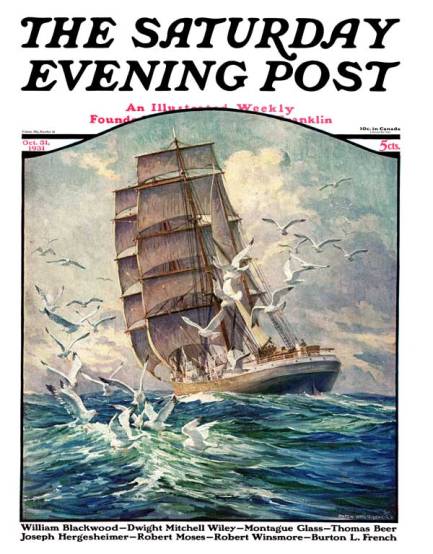