In the years after the First World War Tacoma’s population passed 90,000 and the 4th of July pageants at Stadium Bowl drew more than a third of them. In 1924, 35,000 people spent the afternoon in the stands watching the horsemen and horses of F Troop (before they were TV stars) from the 11th Calvary along with the Camp Lewis military band, sailors from a battleship on Commencement Bay and tiny armies of school children from all over the city. People stayed in their seats as the sun set and when the fireworks began they were fired from both the lip of the bowl and barges floating in the bay. The streetcars ran past midnight carrying the throngs home and even the open top buses that ran to the Mountain and National Park were drawn into local service. Rain or shine, on the 4th of July, Stadium Bowl was the place to be. 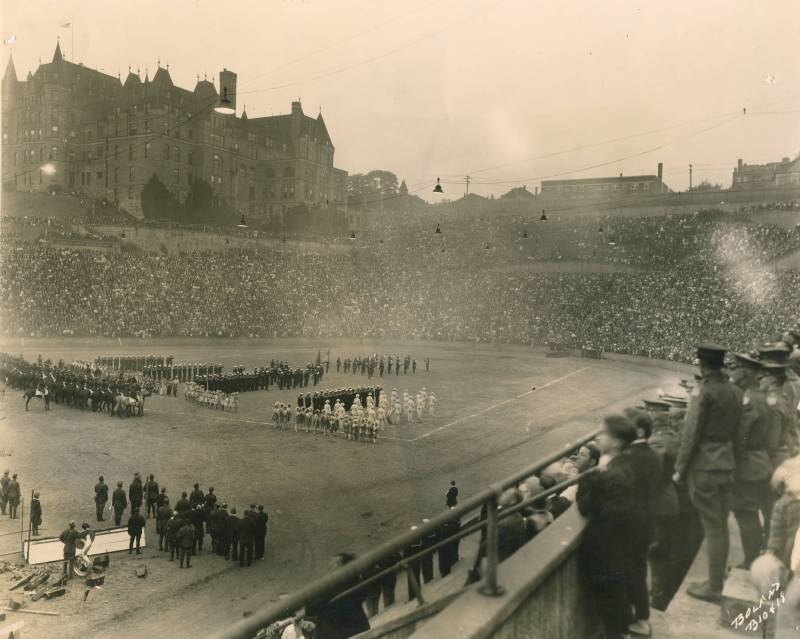