Tacoma’s warehouse district was the gritty core of the working city for more than a century, from its first days at the far western end of the transcontinental railroad until its emptiness and then reanimation during the last quarter of the 20th Century.  Its aesthetic from the beginning was unapologetically rugged, shaped and finished to the finest detail by its workhorse purpose and heavy industrial ambitions. It was a dense center of a landscape shaped by the movement and efficiency of the railroad, its massive steam engines and freight cars, its rolling stock, stationary loading docks and sturdy warehouses and the leitmotif of workers moving day and night around powerful, unforgiving forces.

The ground patterns and spacial arrangements were strictly determined by railroad tracks, their open right of way corridors and the movement of locomotives in the age of steam. Brick and stone buildings crowded into the landscape at trackside to accommodate the loading and unloading by warehouse stevedores. And finally an overlaying  system of roads and street grids to carry wagons and streetcars finished the composition. It was like an intricate clockworks.

In 1910, Tacoma’s progressive adventure into public power brought vast amounts of electricity from a hydroelectric dam on the Nisqually River directly into the city through a luminous power station in the warehouse district. The landscape became tangled with overhead wires, a forest of timber poles and pools of light on every nighttime ally and dock. By the late 20’s, trucks and automobiles were replacing the wagons and livery stables and the neighborhood darkened with the closure of the nearby breweries during prohibition.

It was all captured in a painstakingly crafted series of large format photographs made between 1923 and July of 1929 as part of a joint use log shared between the various railroad lines and the Tacoma city railroad. The photographs along with written notes and numerical keys on the images were used as a neutral document showing existing conditions and shared maintenance issues. The joint use log was reissued every year or so with updated photos and notes on physical changes to the tracks and sidings, new construction, crossings and signals. While the photographs were created as stark documentary tools that went largely unseen by the public at the time, today they show a backstreet realism that is full of gritty details. They present a visually fascinating trackside landscape that has an eerie emptiness and quiet drama long past.

The fact that much of the built environment and most of the major buildings are still in place makes the collection all the more compelling. Five of these images were previously posted but the entire group have since been digitally cleaned and enhanced. The date has also been corrected based upon text and city directory listings.

So here are the images and locations first following the main Prairie Line and then running along the Commerce Street siding behind the warehouses facing on Pacific Avenue. You may notice that the camera angle is elevated in many images, maybe because it was taken from a flatcar. Its a clue to how you should look at these views from almost a century ago, a gaze cast on a landscape entirely shaped by passing shadow of the railroad.

Intersection of the Prairie Line and 19th Street looking North 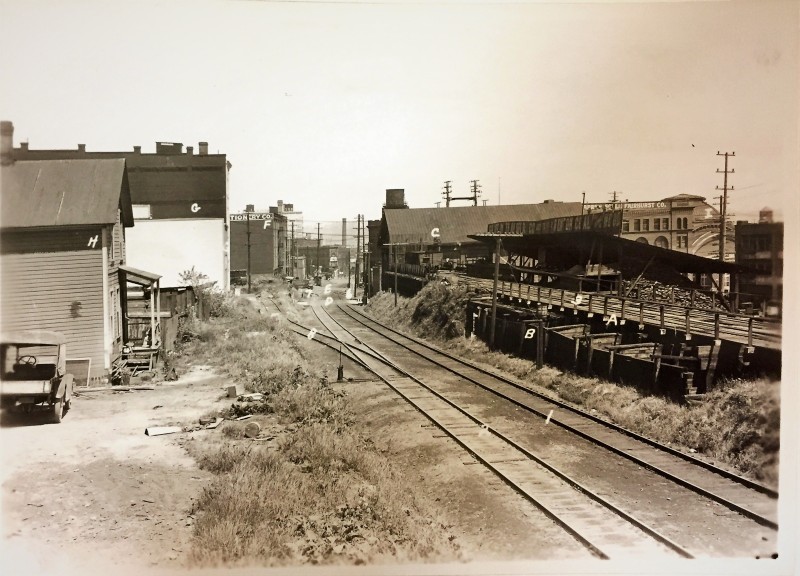 Looking North over the 23rd Street crossing on the Prairie Line

Places at the crossing with time…….. 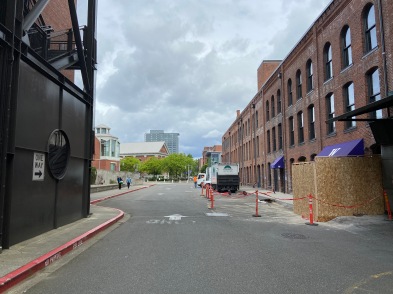 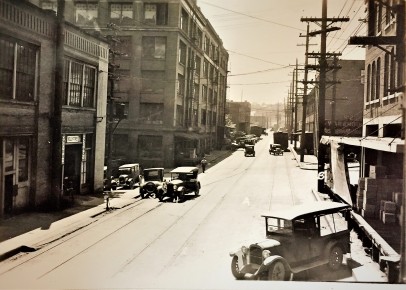 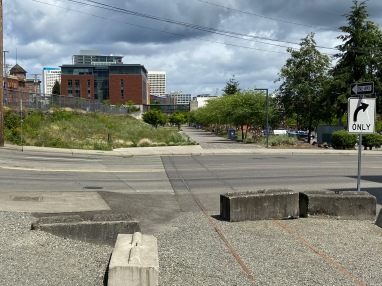 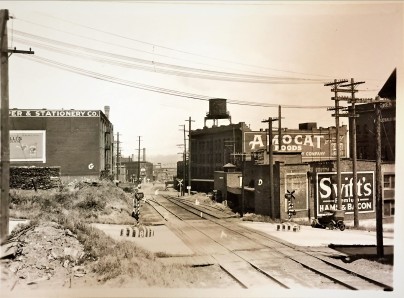 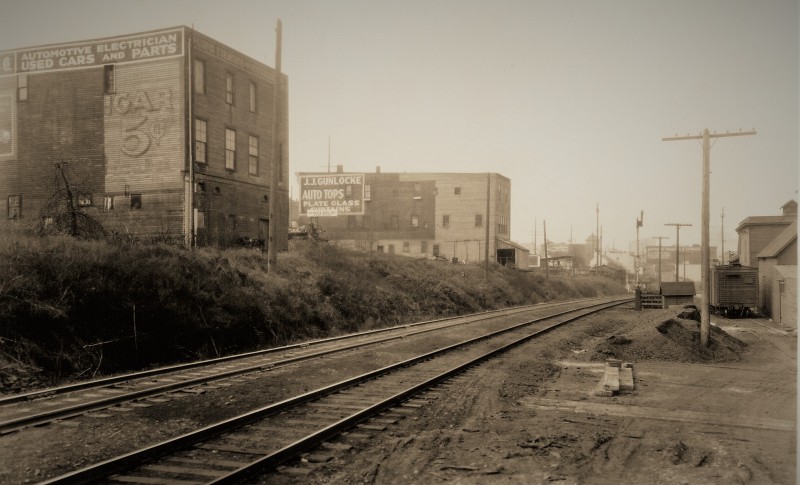 Trackside along the Prairie Line in 1923, Marvin Boland