Only a few people knew who Morris McCollum was. To everyone else he was Mr. Mac, a shortened remnant of a name from the 1960’s when he was the owner and namesake of Mac the Knife (Cuts the Price) Men’s Wear. In those days he was in business with Bernie
Brotman at 1130 Broadway, selling off discounted, off-trend men’s cloths from a chain of stylish shops called Brotman’s Men’s Stores. In the late 60’s Mac’s tastes moved into “sharp colorful clothing” and snappy hats that sold well to the soldiers at Fort Lewis, anxious to escape the uniforms and cover their shaved heads. Sgt. Pepper and Marvin Gaye were on the radio. 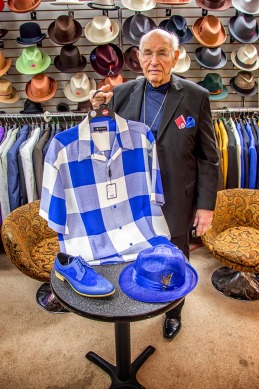 the small time merchants, Morris and Bernie left and went their own ways. Bernie went into business with his son Jeffery and started a little company called Costco. Morris opened a fashion forward men’s shop at 11th and MLK (then known as the K Street business district) and never left the neighborhood. Mr. Mac was all about style, flash without glare and the business of selling people color and cut. He loved boxing and golf and the ring of his telephone.

In 2015 I was teaching a course called Doing Community History at the University of Washington Tacoma and a student in the class, Jay Robinson chose Mr. Mac for his oral history subject. Jay spent hours with Morris, sitting in the shop, talking about customers Mr. Mac served, about Tacoma and the Hilltop, about Ray Seals, George Foreman and the Tacoma Athletic Commission, about gangsters and ministers, about selling for less and investing in your community. Mr. Mac just left but the conversations he had with Jay are still here in the Tacoma Community History Project at the University of Washington Tacoma Library. Its part of an astounding collection of voices and sounds from Tacoma’s past. The link below will take you to the entire recording, a full transcript and a written biography of the inimitable Mr. Mac. 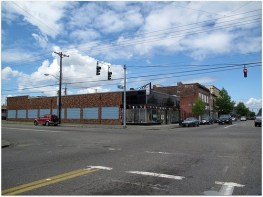 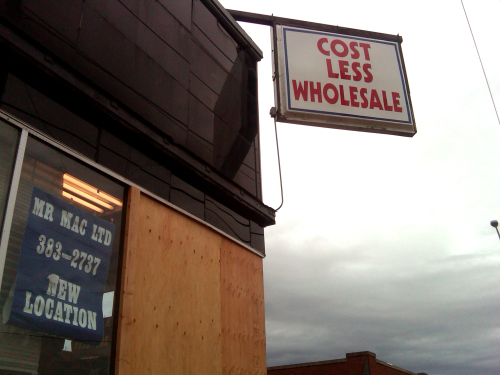