One way to look at Tacoma’s early shaping and pattern language is as a series of theatre set changes, some of which completely replaced the scene before and some of which left behind pieces of their time-like souvenirs. Tacoma raced through its first stage acts when the Northern Pacific transcontinental railroad chose Commencement Bay for its Pacific Ocean terminal less than a decade after the Civil War. The frontier wooden city that emerged in 1873 with the arrival of the first tracks, locomotives and telegraph was quickly erased and upstaged by the brick and stone city that appeared after the Stampede Pass tunnel was completed in 1888. As the population exploded (from 1,098 in 1880 to 36,006 in 1890) and the city limits expanded, the appearance and formality of the built environment became more refined and in tune with period tastes in architecture and city planning. 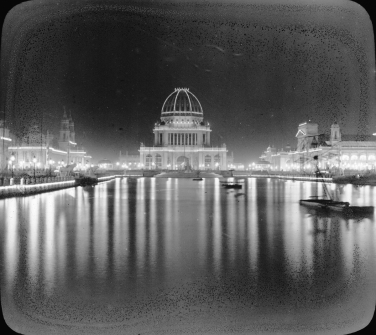 shaping began about 1893 and ran up to the First World War. The historian Frederick Jackson Turner famously declared that the American frontier was conquered and over in a speech at the 1893 Chicago Columbian Exposition and by Armistice Day on November 11, 1918 American cities were being  shape-shifted by skyscrapers and motorcars. In between, Tacoma, like many of America’s established cities, became fascinated by the phenomena of World Fairs and International Expositions where whole dream cities were built like movie sets and the latest technologies and inventions were on display amid romantic, Disneyland before Disney landscapes.

Tacoma’s ties to the golden era of world expositions, and American Beaux-Arts design can be linked with Frederick Law Olmsted, who developed the city’s first master plan in 1873 and 20 years later laid out the Chicago Columbian Exposition in 1893. But Tacoma’s first and most lasting architectural expression of public Beaux-Arts design is City Hall, completed in 1893. The towering, honey colored brick building used Italianate forms and rooflines that are elaborately decorated with curved brackets, a classical deep relief frieze and tall deep set windows to accentuate the height and prominence of the building. For a generation before steel frame construction and high rise skyscrapers, Tacoma’s City Hall loomed over the downtown to the south and Commencement Bay to the North. In partnership with the turreted Northern Pacific Railway Building across Pacific Avenue (b. 1888), the two examples of NeoClassical Beaux-Arts design anchored Tacoma’s Beautiful City aspirations at the turn of the 20th Century. 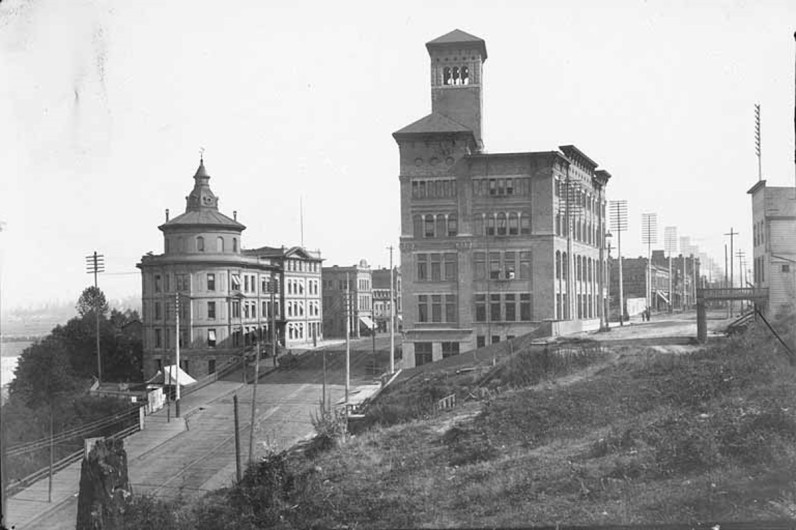 Libraries were quintessential elements in the City Beautiful movement and once Tacoma recovered from an economic lull during the mid 1890’s, a major push was made to build in the high Beaux Arts style. In contrast to the adjacent rusticated stone Pierce County Courthouse, the Tacoma Carnegie Library (first public library in Washington State

funded by industrialist Andrew Carnegie) was highly formal and embellished with the exterior and interior finishes that typified Beaux-Arts design. Perched on a stone base ground floor, the building lifted to a cream colored, smooth brick upper level with rows of Romanesque arched windows and a copper domed roof and skylight that illuminated a theatrical polished marble stairway and grand public reading room. When the library opened in June 1903, the 2000 books that made up Puget Sound’s first circulating library were moved from City Hall into elegant spaces that reflected the galleries of the world fair pavilions and exhibition halls.

Churches and religious buildings rarely incorporated the worldly conversions of Beaux-Arts design but fraternal clubs and assembly halls often embraced the stylistic ideals. The most elaborate example in Tacoma was the Pythian Temple, designed by Frederick Heath in 1905-6 at the same time he was completing work on Tacoma (Stadium) High School. The building blended many of the classical Renaissance revival details into a facade that fit tightly into a busy downtown streetscape. The stone faced lower floors  displayed the same, exaggerated  horizontal mortar lines as the Public Library and above a cornice line, arched windows and a row of columns flanked by pediments clearly signal a public building with temple ambitions. But it’s the remarkable interior, particularly the main assembly space, that projects the building’s Beaux-Arts design and full on exhibitionism. After 110 years, the interior of the Pythian Temple is the closest anyone can come today to walking into a World Fair exposition gallery with soaring cross vaulted ceilings and skylights, a running visitor balcony supported by massive gracefully carved brackets (they are faux wood painted plaster), classically ordered columns and pilasters and an overwhelming sense of heroic scale. 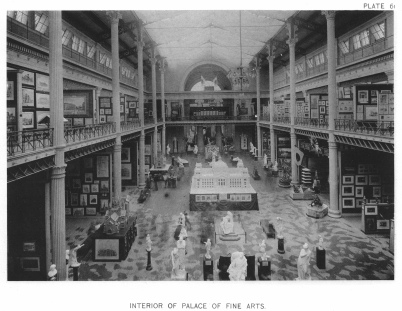