For all the peacetime prosperity and giddy optimism that followed the end of the Second World War, America had its cultural casualties at the mid point of the 20th Century. Automobiles, Interstate highways and commercial airliners drove a spike into the heart of a once invincible force, the railroads.

In a last gasp at keeping passenger rail service 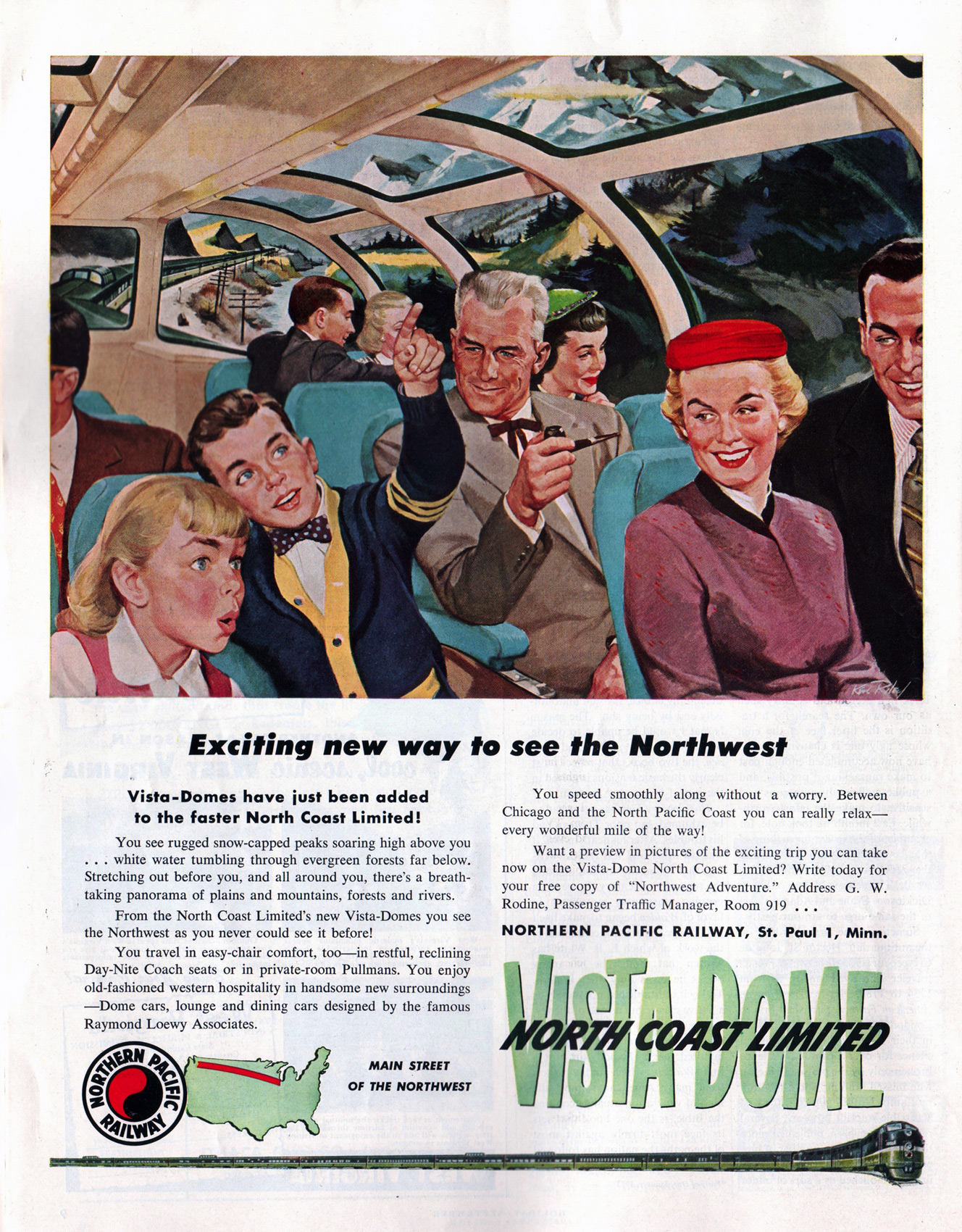 competitive during the 1950’s, the surviving western transcontinental lines boosted their promotional campaigns. They spruced up their accommodations with vista dome passenger cars and labeled the tourism routes with great names like the Zephyr, Empire Builder, and Hiawathan. The railroads even advertised, ironically, on TV. They were like the movies creating wide screen Cinemascope to compete against living room television.  It was ultimately, a losing effort as cars and buses won over travelers and the speed of airliners whizzed over and past the ground level marvels of the American west. The great railroad stations became white elephants and the cities and towns that were once favored by being a railroad hub (like Tacoma) were bypassed by new interstate highways and the auto-centric sprawl of suburbs.

Here’s a look and listen at the cinematic case the Milwaukee Road Railroad made for visiting the Pacific Northwest in the 1950’s. Its a dated, romantic travelogue that perfectly captures the lure campaigning the railroads had been doing since the transcontinental lines reached the Pacific in the 19th Century. But hidden in the film document are glimpses of an important time in Northwest history and places that are gone today. Imagine for a few minutes the view from the lofty upper seats of the vista dome, an illusion that the film was obviously trying to create. Not quite flying but the best imitation of mid century modern the railroads could come up with.